By Ballet News on 7 January 2011 in Cupcakes & Conversation 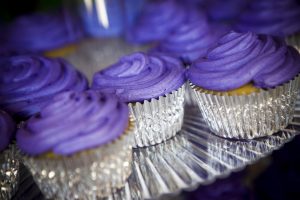 Sylvia Deaton of Lexington, Kentucky began her dance training at the Diana Evans School of Dance in Lexington and as a scholarship student at the Otto M. Budig Academy of Cincinnati Ballet.

In 2005, Deaton became a trainee with Boston Ballet School studying under Margaret Tracey and Mikko Nissinen and received the Sydelle Gomberg Scholarship for two years. Additionally, she attended Boston Ballet Summer Dance Program as a scholarship student for three years.

In 2007, Deaton competed in the Tanzolymp Festival in Berlin, Germany and received a silver medal. She also attended an exchange program with the Royal Danish Ballet, culminating with a performance of Bournonville’s Flower Festival in Genzano at the 2007 Boston Ballet Night of Stars. In 2008, Deaton attended the Festival Dance program at the Banff Centre in Alberta, Canada receiving the Alice Schultz Scholarship. She attended The School at Jacob’s Pillow Ballet Program as well as the Festival Dance Program in Alberta in the summer of 2009.

What motivates you at 8am on a Monday morning?

My main source of motivation is my love of dance. My soul needs dance for survival. However, my hunger to improve, the ability to work with choreographers and stagers from all over the world, Boston Ballet’s incredible Artistic Staff, and my admiration of my fellow dancers are all motivations at any time of the day.

My dance training began focusing on jazz and tap. I participated in dance competitions all over the nation. Studying ballet technique improved my dancing. Pointe work came naturally to me and I found that I loved ballet more than any other dance style.

What are you looking forward to dancing next year?

Who would you most like to dance with & what would you dance?

I would love to dance my favorite Jorma Elo piece, Plan to B, with my fellow Boston Ballet dancers.

If you could dance anywhere in the world (not only in a theatre), where would you dance?

Boston Ballet is my dream company. It was a dream come true when I was asked to join the corps de ballet. I have grown up here in the school as a Trainee and then in Boston Ballet II. This is my family and I’m so blessed to be surrounded be the most supportive and encouraging team.

How do you prepare your pointe shoes?

After sewing ribbons and elastic, I remove the two nails from the shank of my shoes. I cut the satin from the tip so they are less slippery. To help me soften the shoes I step on the box and gently bend the top of the shank where it will hit my arch. After I wear them once, I jet glue the tip so they last longer. 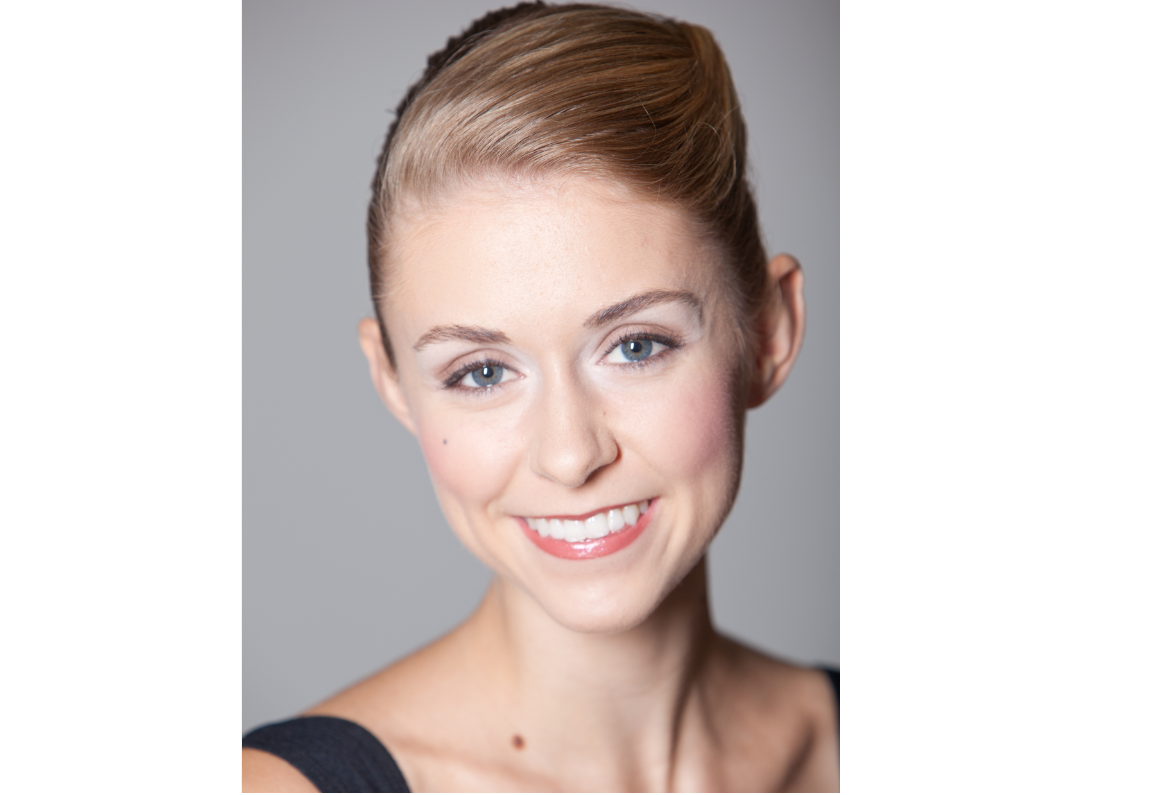 What is your daily routine at the moment?

I always start my day with a big cup of coffee. Sometimes, I take a bath to warm up my muscles. I do my hair and makeup at home and then head to the studio for class and rehearsal. Weeknights, I perform one show of Nutcracker and on weekends, we have two shows a day. I will be dancing a different part in every performance. Every night, I go home for icing, playtime with Buzz my Chihuahua puppy, and sleep.

You can ask six famous people to dinner – who would you invite?

I would invite the six most inspiring individuals to me including Mikko Nissinen, George Balanchine, Gene Kelly, Doris Day, Jiri Kylian, and my mother. (My sister was a little upset when she heard she wasn’t on the list.)

What would surprise people about you?

People find it surprising that I grew up on a farm in Kentucky and loved riding horses and my dirt bike. 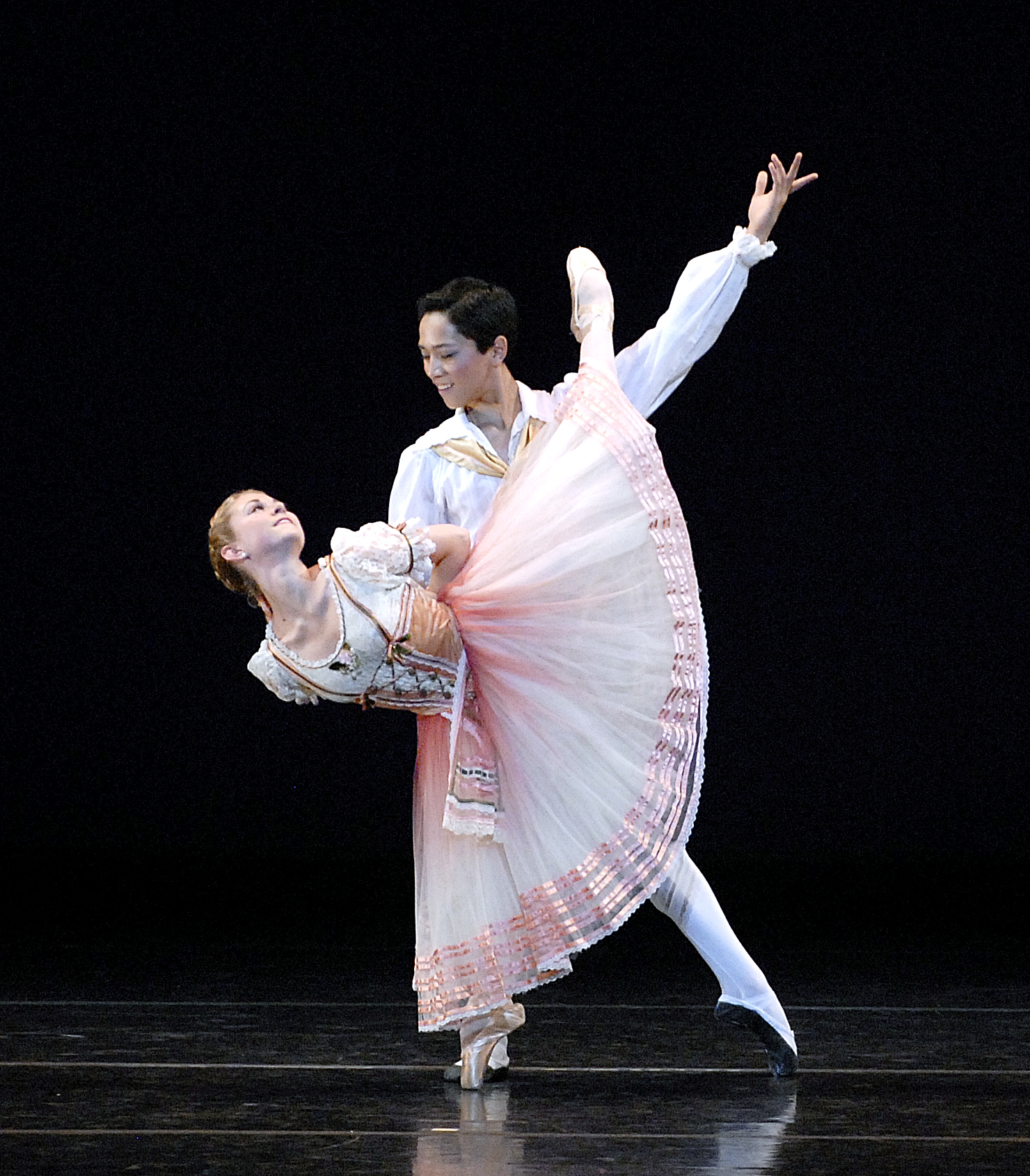 Who inspired you to dance?

I have been dancing since I could walk. During naptime, instead of sleeping, I would be giving shows to all of my stuffed animals. I begged my mother to put me in classes and her support made my dream into reality.

What is your best piece of advice?

Have confidence in yourself. Don’t let anyone tell you that you can’t do something or that you will just be another face in the back of the room. Do what you love and live life with no regrets.

How do you prepare in the hours before a show?

I don’t like to feel rushed so I arrive at the theatre early to do my hair and makeup while I listen to my favorite music to get me pumped up. I do a Pilates warm up and stretching on my yoga mat and then I do a full barre and some center work to warm up. Before I go onstage, I visualize how I would like to execute the choreography. I go over each of the steps and decide how I can make them my own.

Which role has tested you the most & how?

The role that tested me the most was Jiri Kylián’s Falling Angels. This music is percussion and drumming and must be counted from the very first drumbeat. If you lose the count of the music it is very obvious in the choreography and the symmetry of the piece. It is also physically demanding. It takes a lot of strength in your legs and stamina for the grounded and high- powered movement.

If you were asked to design your own ballet costume, what would you create?

I would create a costume that the dancer would not even know was there. Something that feels lightweight and seamless that makes me feel beautiful.

What do you look for in a dance partner?

I like dance partners who are willing to rehearse and work as a team who selflessly value the meaning and integrity of the choreography.

What is your favorite quote?

Do you have a ‘signature step’ – one that comes naturally to you?

I like dancing variations with fast choreography and footwork. My signature step could be hops on pointe.

A phrase I use far too often is …?

What’s been your best on-stage moment so far?

My best onstage moment was this year during the third act of the opening night of La Bayadere. After the long sequence of arabesques down the ramp in “Shades,” the audience exploded with an extended applause. I was so touched that they appreciated our hard work as a corps de ballet that I started crying onstage as we began the adagio.

Do you have a secret skill which no-one knows about?

I have been told that I have a nice singing voice. I used to take lessons but now it’s only for my own personal jam sessions or the shower.

In terms of your ballet career, where would you like to be in  a year from now?

A year from now, I would like to be dancing as much or more as I am now, staying healthy, and receiving opportunities to challenge my dancing at a higher level.